If you’ve been following my blog for a while you’ll know that Ive spent a lot of time in my young adulthood in and out of psychiatric hospitals. The thing that bothers me the most isn’t the dire experience of these institutions but more the aftermath of life outside of them. Depression , anxiety and PTSD makes life difficult.

I worry about my chances of getting a job as i’ve been unemployed for five years and my ability to have a normal healthy relationship , or raise a family.

I’m not gonna say I’ve tried my best because I haven’t. My recent admission was partly my fault I thought going into hospital was the right thing. It wasn’t. Although I still believe that going into hospital at 17 as horrible as it was , was necessary to combat my psychosis. I’m still very codependent on my parents. The most frustrating thing is not being able to get away or live without people your not happy with. I cant drive and although I appreciate my family trips to McDonalds its not enough to fix the damage that being in these places has had on me. I feel lethargic a lot I fall asleep during the day and go to bed early at night I struggle to concentrate on TV as most dramas trigger my psychosis. I’ve gained weight , I vomit probably just because of the state I’m in. My parents answer to this is move on. Yet I cant everywhere I go I’m still in that ward.

I struggle to look after myself although I set alarms on my phone , I still struggle to take my tablets or keep my flat clean without my parents help. I want my children to have a better life than me. However currently the only money I get is PIP and universal credit (Im getting a donate button soon folks)

Probably the worst thing is i’m too depressed to write , the best piece Ive ever written, reading it back gives me nausea as it reminds me of a period in my life I don’t want to go back to. Even poetry I feel I can never get right.

I try to go out for walks alone , to smoke instead of eat , to stay up late , to get a job but the comments people have said still come back to me , but what can I do besides stuff my face with jammy dodgers and fall back asleep two hours after ive woken up? I feel inadequate. One of the rare people my age in Scotland that doesn’t have highers and has borderline dementia. Reading a book feels like a mockery.

So thanks to my family I’m a co-dependent sleep deprived, recently overdosed, demented mess. Thanks guys. Love you too.

She said It was depressing, but then life always was a bitter lesson. 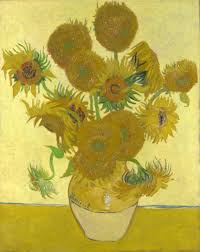 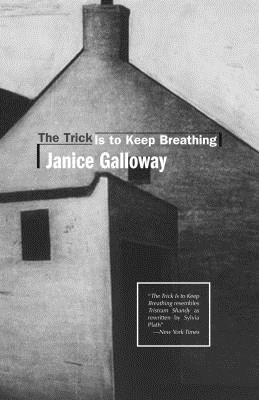 Why is happiness so hard to find in art? Was a question that plagued my mind today. Maybe its because we’re all miserable cows or perhaps its because most adults don’t relate to tales about happy, content little bunny rabbits.

As a child, I was as joyful as most but as I grew I became more withdrawn and well.  Depressed. Neurosis plagued me from a young age. Whenever we played piggy in the middle I was always the piggy who could never catch any of my friends. In team sports, I was always last to be picked. At playtime, my peers always had better biscuits and would never share with me. Bitter resentment grew in me towards life. I wanted an answer. I wanted the truth. Books were a source of escapism for me. As cliche as it sounds, I was the book worm of the class. Yet I wouldn’t say this made me the smartest. I still struggled with figures and somehow my reports never got a place on that wall, nor did I get into the final of the scots verse team despite having a passion for burns from a young age. I can still recite Epistle To Hugh parker word for word a poem that was forgotten and pushed into the shadows by most.

In high school, it seemed my anxiety came to a peak. Out of the hundreds of young adults, I struggled to find friends. Yet this wasn’t a place you wanted to be associated with books at lunchtimes, or at least not in my school. At break times I would line up in the dinner card que only for the single reason not to look like a loner. I cared too much about what people thought, but don’t we all?

However back to the question at hand. Why is art so depressing. Or why are artists so depressing. Why did Plath put her head in an oven, why did Van Gough paint beautiful flowers and then chop off his ear and then later blow out his brains? Why are we all so mental? Is it because life is mental, do we deep down need a reason as to why we exist? Why did Stalin and Hitler kill millions? Why did Andrew Carnegie exploit his workers despite growing up poor, why did burns preach about freedom then desire to be a slave driver? Why? Why? Why? We Ask. I wish I could give you an answer. Pain, money, hate, emptiness, mental illness. Death.

I think my opinion is that we need art to give us a reason to live. We see ourselves through others. It gives us meaning. Perhaps it’s not that art is depressing, maybe it’s just too close to the truth.