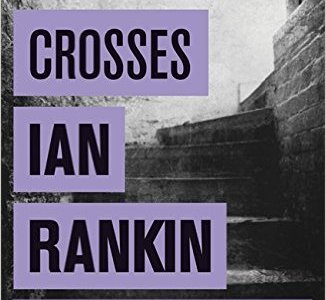 Knots and Crosses Is the first book in the Inspector Rebus Series by Ian Rankin. The book is mainly used as an introduction to the main character Inspector Rebus whom we follow throughout the series. The Series are popular for Ian’s masterful depiction of reality. He manages to successfully dig beneath the surface of Scotland’s facades and create a gritty picture of Scotland’s underclass and reveal its flaws.

The stories are told through Rebuses eyes. As a detective, he has access to some of the most chilling crimes and settings and we see some of the harsh truths of Scotland from his perspective. The personality of his character is important. He is not a character that a reader can easily fall in love with he can be grumpy, callous and perhaps even stoic at some points. He suffers from person flaws such as being a divorcee maintaining a weak relationship with his daughter and suffering from alcohol abuse. Despite this we trust as the characters flaws make him appear more human.

The plot of the book centres around young girls going missing and getting murdered in Edinburgh. The reader is given an insight into Inspector Rebuses past before his life in the police force when he is put under hypnosis by his brother Michael. We discover that Inspector Rebus used to be in the SAS and was captured as a prisoner of war and tortured by being placed in solitary confident. After escaping he suffered a breakdown and left to join the police force. We discover that this has a relation to the kidnappings and the main antagonist in the book was also in solitary confinement with Rebus in the SAS. The book climaxes at the end when Inspector Rebuses own daughter Sammy is kidnapped. The kidnapper is framing as an innocent role of librarian and this is how he is gaining access to the young girl’s identity’s.